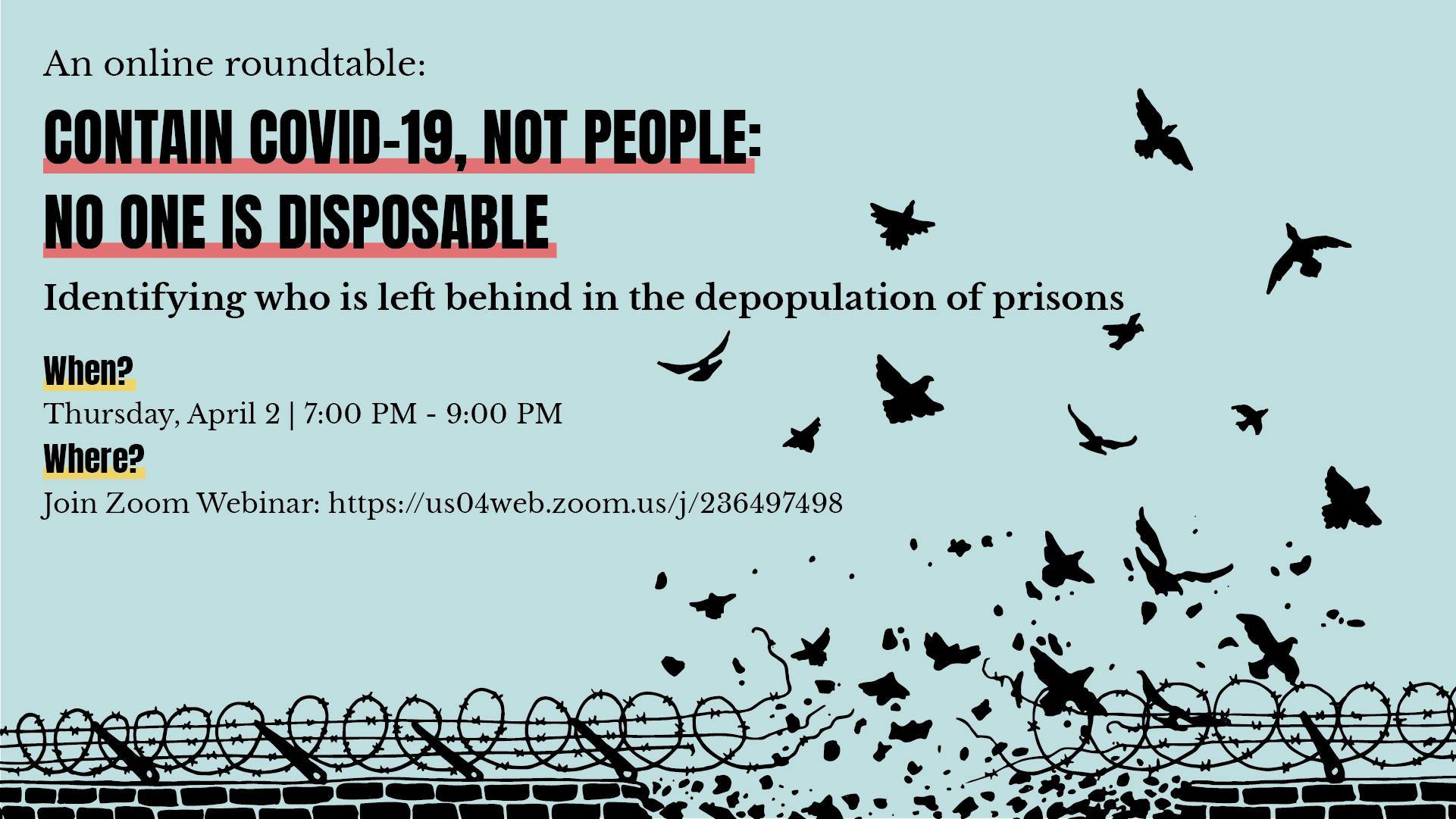 UPDATED WITH VIDEO OF THE WEBINAR!

Part of the ongoing #containcovidnotpeople conversation. Despite the immense dangers posed to prisoners during COVID-19, thousands of people remain behind bars in Canada and individuals continue to be newly incarcerated. While many provinces and territories are taking steps to depopulate their jails and prisons, the federal government has not taken action to release people being held in their penitentiaries, immigration detention facilities, or community custody settings. This inaction puts the health and lives of prisoners at increased risk and raises questions about who is considered deserving of freedom and safety.

Others pushed to the margins, including people in psychiatric centres and youth custody facilities, have also been left behind by efforts to depopulate carceral settings.

***For best results viewing the video, download a modern web browser such as the latest version of Google Chrome.

This webinar will discuss what is at stake for those left behind and beyond the walls, and what you can do to force governments to reduce the use and harms of imprisonment, while working to improve public health and community safety through a just transition from the prison industrial complex.

Robyn Maynard is the author of the award-winning and bestselling book, Policing Black Lives: State violence in Canada from slavery to the present (Fernwood 2017). Her writing on race, gender, and discrimination is taught widely in universities, and her expertise is regularly sought in local, national and international media outlets and committees. Maynard has a long history of involvement in community activism and advocacy. She been a part of grassroots movements against racial profiling, police violence, detention and deportation for over a decade and has an extensive work history in harm reduction-based service provision serving sex workers, drug users, incarcerated women and marginalized youth in Montreal. She is currently a PhD student and Vanier scholar at the University of Toronto and is working toward the completion of a new book manuscript.

Anita Szigeti is the President of the Law and Mental Disorder Association (LAMDA) – which is a volunteer organization of 150 lawyers who represent individuals with mental health issues. She is the author of 3 textbooks on mental health law and has been representing individuals detained in psychiatric hospitals civilly or under the Criminal code for more than 25 years. She believes in liberty and autonomy for all individuals including those in crisis.

Justin Piché is an Associate Professor in the Department of Criminology and Director of the Carceral Studies Research Collective at the University of Ottawa. He is also Co-editor of the peer-reviewed, prisoner-written Journal of Prisoners on Prisons and founding member of the Criminalization and Punishment Education Project. His action-research examines how the prison as a dominant response to criminalized acts is justified and resisted. Justin has been active in movements to abolish prisons, punitive (in)justice and carceral state controls for over 15 years and is working on a book with Critical Resistance founding member Rachel Herzing entitled, “How to Abolish Prisons: Lessons from the Movement Against Imprisonment” that is forthcoming with Verso.

Moderated by Jessica Evans, Assistant Professor of Sociology at Ryerson University and lead organizer with the Toronto Prisoners’ Rights Project.

The email tool changes every week to reflect different prisoner justice issues while maintaining a focus on free and open communication.

Donate to support the efforts of our Prison Abolition Organizing Group on GoFundMe: https://www.gofundme.com/f/prison-abolition-organizing-group

The Healthcare for All National Coalition has come together with over 200 civil society organizations nationally, including CPEP, and sent an open letter to the federal government calling for them to work closely with provincial […]

Webinar – The Prison State During the Pandemic – May 28th

UPDATED WITH VIDEO OF THE WEBINAR! The Prison State During the Pandemic: Assessing Abolitionist Gains and Future Directions Since the onset of COVID-19, news coverage has been saturated with stories about community organizing and mutual-aid […]

UPDATED WITH VIDEO OF THE WEBINAR! Please join us for our open mic fundraiser for the Prisoner Emergency Support Fund. We will be joined by poets, storytellers, singers and rappers from across Turtle Island to […] 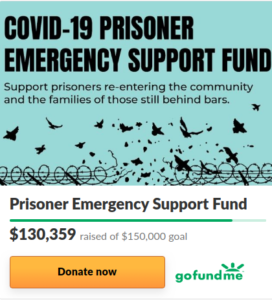