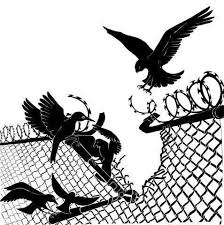 The blog Tracking the Politics of Criminalization and Politics in Canada
tracks and evaluates a series of “law and order” measures by the current federal government. It is written by the Criminalization and Punishment Education Project (CPEP), a group of criminologists based at Carleton University and the University of Ottawa, along with concerned community members with policy, research and lived experiences pertaining to the Canadian penal system. The evidence shows that the kinds of measures championed by the Harper Conservatives are costly and counterproductive. They are also, in our view, unjust and inhumane.

These measures include sentencing reforms that put more people in prison, for longer periods of time, with fewer chances for release into the community prior to the completion of their sentences.  Most notable among these measures is the introduction of new mandatory minimum sentences, including for the production and sale of marijuana.

Other changes make conditions within the walls of federal penitentiaries harsher and more dangerous, as Canadian prison officers have also argued. Notable examples are increases in the use of double-bunking in cells the size of average household washrooms that has taken place in recent years.

There are also measures that undermine efforts by former prisoners to reintegrate successfully into the community, such as new eligibility requirements and application fee increases that put pardons (or what are now called “record suspensions”) out of reach for many seeking a fresh start following the completion of their sentences.

Every month, CPEP will post a series of blog entries that will document developments in penal policy and practice that are doing considerable harm to Canadian society. We will point to viable alternatives for developing community and preventing victimization. We will direct readers to relevant academic and government studies, along with other materials we have obtained from sources that raise questions about the punitive path being taken.

We invite commentary from those with policy and research backgrounds, as well as practitioners and those with lived experiences of being criminalized in Canada. If you are interested in getting involved, please contact Professor Justin Piché atjustin.piche@uottawa.ca.

Crimmigration and the Harper punishment agenda

The presumption of innocence, bail and the explosion of pre-trial detention

A false sense of safety: The government’s ineffective approach to reducing sexual harm