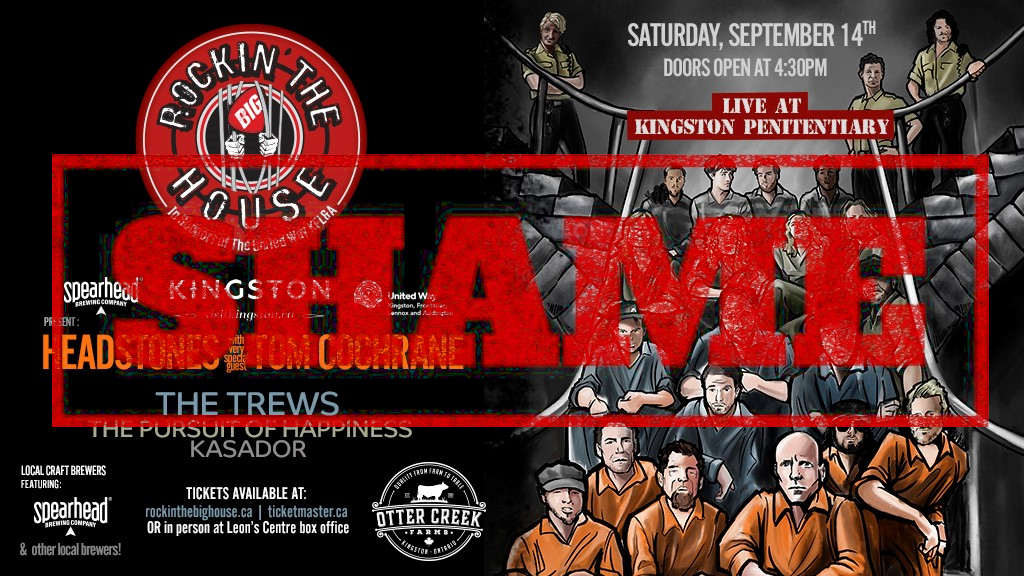 SIGN THE PETITION:
https://www.change.org/p/st-lawrence-parks-commission-don-t-mock-the-big-house-engage-with-current-and-former-prisoners-on-kp-s-future
“In research on prison tourism, it’s been established that many people who pay to frequent these sites want to feel like they’re in a prison, as if being in such a setting for fleeting moment can show you what it’s like to be dehumanized in a cage. The United Way certainly has moral capital and many people donate to them, but with the opportunity to make an easy dollar before them, they’ve lost their way where KP in its current incarnation is concerned. Is there nowhere else in Kingston to host a benefit concert?”
Justin Piché – http://tpcp-canada.blogspot.com/2019/09/tragic-but-not-hip-escaping-prison.html

We the undersigned demand that (a) tours and other fundraising initiatives (e.g. “Rockin’ the Big House” concert) at Kingston Penitentiary be transformed due to their unbalanced representation of imprisonment and punishment in Canada that exclude the voices of prisoners, and (b) that a representative group of current Kingston area prisoners and former KP prisoners should be invited to take a lead role in shaping tours and other uses of KP, including its use as part of the local United Way’s fundraising efforts. If current stakeholders are unwilling to meaningfully engage with the voices and standpoints of criminalized persons, we demand (c) that they should stop the use of KP altogether.