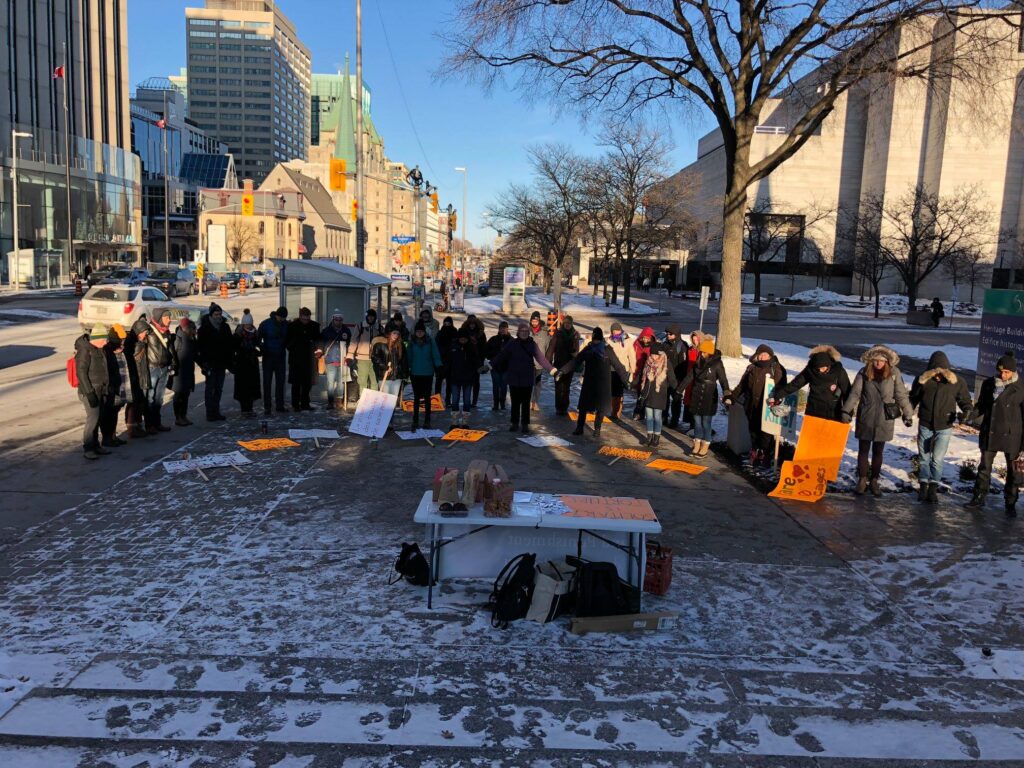 David was a father of two from Cornwall who was optimistic about the future. His communities on both sides of the prison walls are deeply troubled by his passing. When our callers informed us of David’s death, we were devastated by this massive loss, but unsurprised.

Last week, a number of people imprisoned at the Ottawa-Carleton Detention Centre (OCDC) called the Jail Accountability & Information Line (JAIL) because they noticed a spike in non-fatal overdoses at the jail on Innes Road. They told us that they were worried that future overdoses would be fatal. Given the high risk of overdose in jail environments, we were also concerned. Unfortunately, our worries became a devastating reality this past Tuesday, when a young man tragically died in hospital following a suspected drug overdose at OCDC on Family Day.

Overdoses behind bars in Ontario have become an all too regular occurrence. They are always looming due to the continued criminalization of drug use and inadequate availability of life-saving harm reduction measures. In 2018, there were eighteen overdose deaths in Ontario’s provincial jails. The situation remains bleak. We expect more deaths will come should the costly, ineffective, inhumane, and unjust war on people who use drugs be allowed to continue by all levels of government.

At the time of David’s death, we heard from JAIL hotline callers that David was awaiting trial in custody on a quarantine unit, rather than on bail in the community. His final moments were spent in isolating and dehumanizing conditions due to so-called public health protocols at OCDC. We did not know David, nor can we speak to the specific details of his death, but he was a human being and deserved more than this. David deserved to watch his children grow up. He deserved to be safe. He deserved to access respectful and evidence-based healthcare.

David’s death is a reminder of the life-taking nature of criminalization that has ripped so many people we care about from our communities and our lives. A JAIL hotline volunteer who did time at OCDC explained the deadly consequences of criminalizing people who use drugs in our jails and what he thinks should be done to prevent deaths like this in the future: “Being a former prisoner and a drug user myself, I have nearly lost my own life to an overdose. I have been in Sudbury, Penetanguishene, Lindsay and Ottawa’s jails. I have seen people overdose due to something so simple and preventable.People are going to use with or without safe supply, but if we get safe supply maybe we can drop the death count”.

Our friend is right – people are going to get drugs into institutions no matter how many walls the province puts up or how many ion scanners they purchase. He is also correct that these deaths are preventable. Initiatives like safe supply, decriminalization of illicit substances, and reducing imprisonment are evidence-based, supported by many of our callers and will help us “drop the death count” that is piling up across Ontario’s sites of human caging. A few years ago, a JAIL hotline caller told us that he “had a front row seat to people dying” due to provincial inaction on the overdose crisis. The province must turn towards evidence-based harm reduction and jail depopulation measures before another life is lost. The lives of the people that we care for and organize with behind bars cannot wait.

Link to the Press Release Here:http://tpcp-canada.blogspot.com/2021/02/remembering-david-father-of-two-who.html
For links to recent articles check out our Articles section where you can read more about the situation facing prisoners in OCDC in 2021. Follow us on social media. If you would like to get involved in the fight to end human caging in Canada You Can Join Us!

Please have a look at our Articles section to read more about the situation facing prisoners in OCDC in 2021 and follow us on social media. If you would like to get involved in the fight to end human caging in Canada you can join us!

Free Them All Email Zap

Take immediate action to protect prisoners and advocate for their release as COVID-19 continues to spread, infect, and take lives in prisons and jails across the country.

After a 5 day hunger strike, the OCDC(Ottawa’s jail)has issued no response to the hunger strikers and the citizens who support them and their call for basic necessities like soap, sanitizer, and edible food. Instead […]