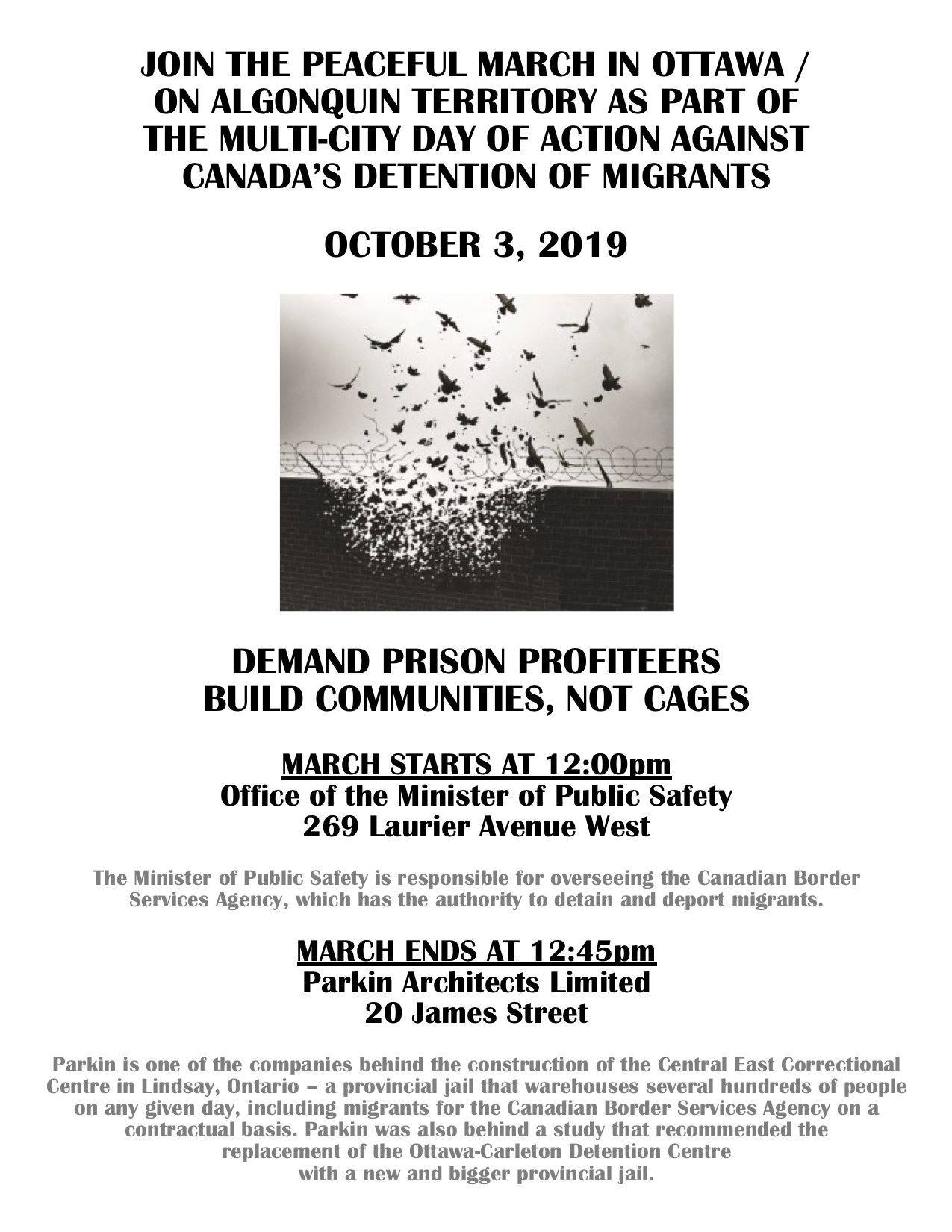 The Minister of Public Safety is responsible for overseeing the
Canadian Border Services Agency, which has the authority to detain and deport migrants.
—–
MARCH ENDS AT 12:45pm
Parkin Architects Limited
20 James Street

Parkin is one of the companies behind the construction of the Central East Correctional Centre in Lindsay, Ontario – a provincial jail that warehouses several hundreds of people on any given day, including migrants for the Canadian Border Services Agency on a contractual basis (see http://www.parkin.ca/projects/central-east-correctional-centre/). Parkin was also behind a study that recommended the replacement of the Ottawa-Carleton Detention Centre with a new and bigger provincial jail (see http://www.parkin.ca/2016/03/parkin-awarded-functional-program-for-adult-detention-centres/).

Audio: Members of CPEP and the JAIL Hotline sit down with David Moscrop

Download or listen to the interview here: https://podcasts.apple.com/us/podcast/do-we-need-prisons/id1441042667?i=1000451895058 “Do we need prisons?” is the question posed by the host of Open to Debate, David Moscrop. CPEP members Justin Piché and Souheil Benslimane sit down with […]

UPDATED WITH VIDEO OF THE WEBINAR! The fight for prison abolition is deeply connected to Black liberation. Black people make up only three (3) percent of the general population, but ten (10) percent of the […]

Donate Online to the Jail Hotline and NOPE campaign online!

The JAIL hotline takes calls from Ottawa-Carleton Detention Centre (OCDC) prisoners and their loved ones. The line has two objectives: a) holding accountable the provincial government, Ministry of Community Safety and Correctional Services officials, and […]