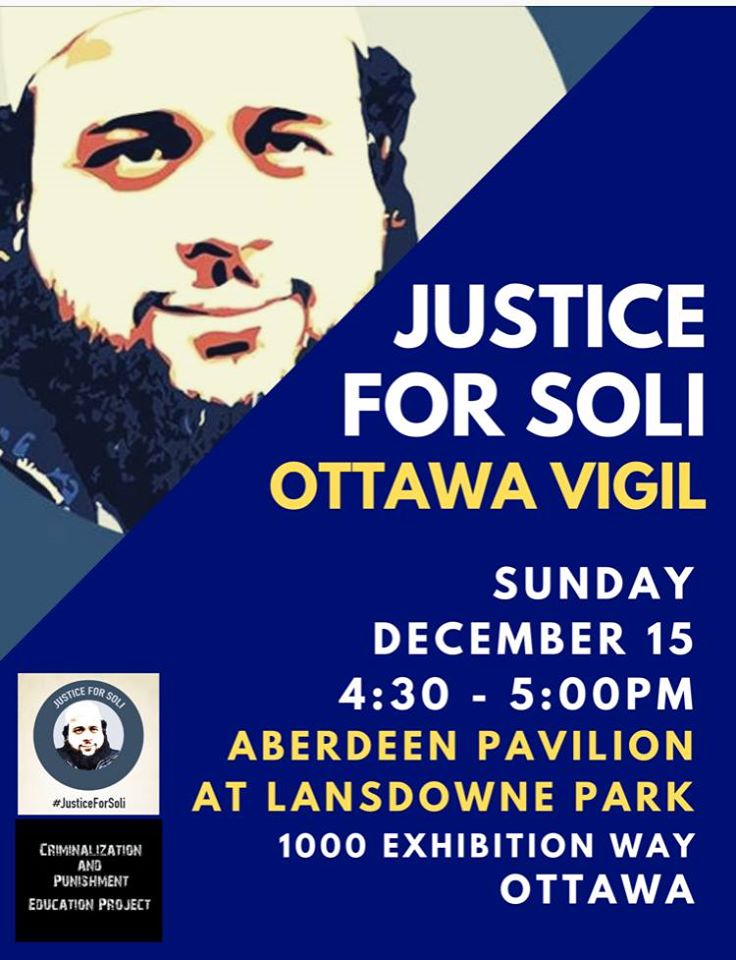 Join members of the community and CPEP as we remember Soleiman Faqiri who was killed while under government care by correctional staff at the Central East Correctional Centre (CECC) in Lindsay, Ontario.

This will be the first year that this community vigil has broadened into a national event.
People will gather in Halifax, Montreal, Ottawa, Peterborough, Toronto, Vancouver and
Winnipeg to remember Soleiman, and raise even greater awareness of Soleiman’s tragic
case. Each vigil will also highlight the critical need for reform in how Canada’s correctional
and judicial systems care for people suffering from mental illness.
Each vigil community represents a location that the Justice for Soli Movement has visited
over the past year.

Activists from national mental health and social justice communities will join families of fragile
men and women who, like Soleiman, died while temporary incarcerated in various provincial
jails and federal correctional facilities.

Instead of receiving care and compassion for his schizophrenia in the community, Cas Geddes was jailed at the Ottawa-Carleton Detention Centre (OCDC), where he was placed in solitary confinement. Shortly after, he became the third […]

A year after its launch, the Jail Accountability & Information Line continues to work with prisoners to address human rights issues and re-entry barriers at the Innes Road jail, and releases its third quarterly report […]